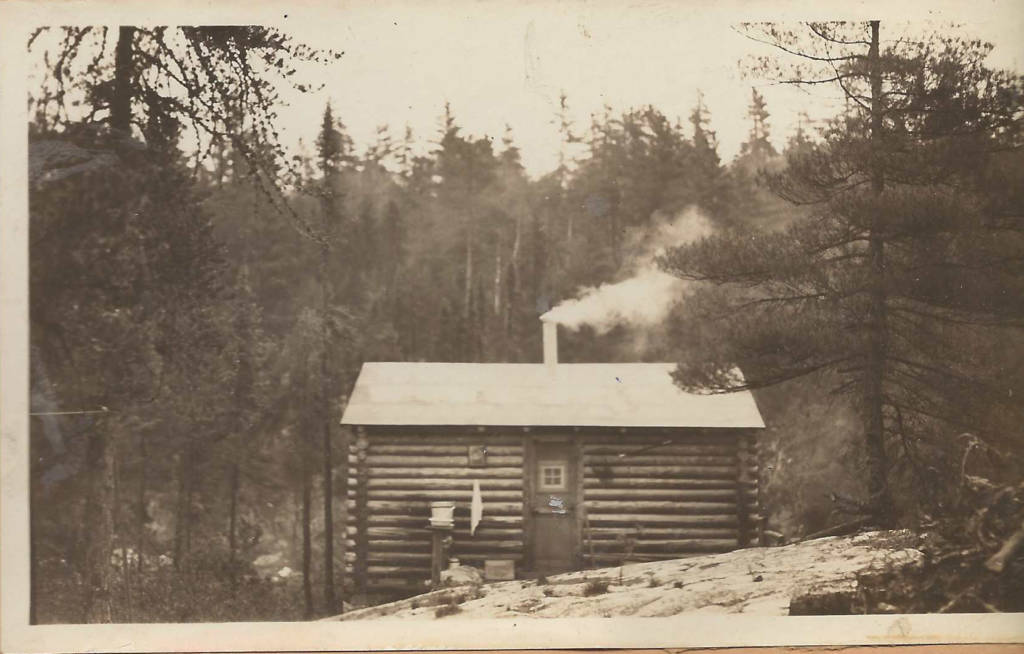 One hundred years ago, a young doctor from Cleveland by the name of Robert Newcomb, travelled north to a place called Temagami. It was as far north as one could travel by any modern means.

Beautiful beyond any simple attribute, the Temagami wilderness was a land rich in timber, clear-water lakes, fast flowing rivers, mystery and adventure. Newcomb befriended the local aboriginals — the deep water people — and quickly discovered the best way to explore was by canoe.

Bewitched by the spirit of an interior river named after the elusive brook trout, majamagosibi, Newcomb had a remote cabin built overlooking one of her precipitous cataracts. 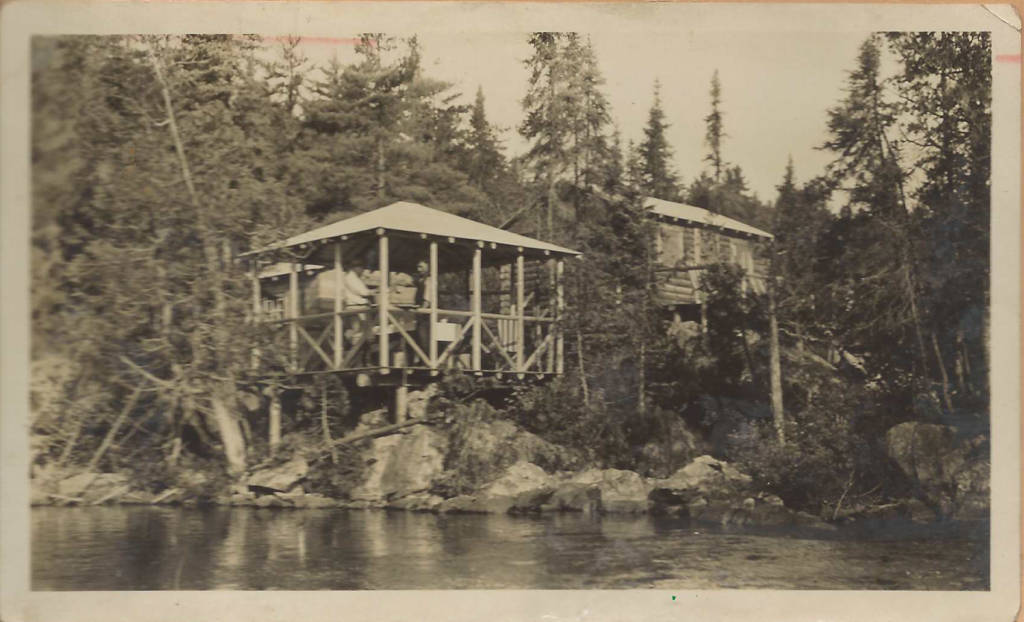 The cabin remained unused for decades, save for a few passing canoeists; it changed ownership twice and slowly began to show its age. Hap Wilson discovered the cabin while on a canoe trip in 1970.

Like Newcomb, Wilson was lured to Temagami in pursuit of adventure and personal sanctuary. That search for sanctuary took the author incredible distances by canoe and snowshoe, through near death experiences and herculean challenges.

Secretly building cabins, homesteading and working as a park ranger, Wilson finally became sole owner of the cabin in 2000. 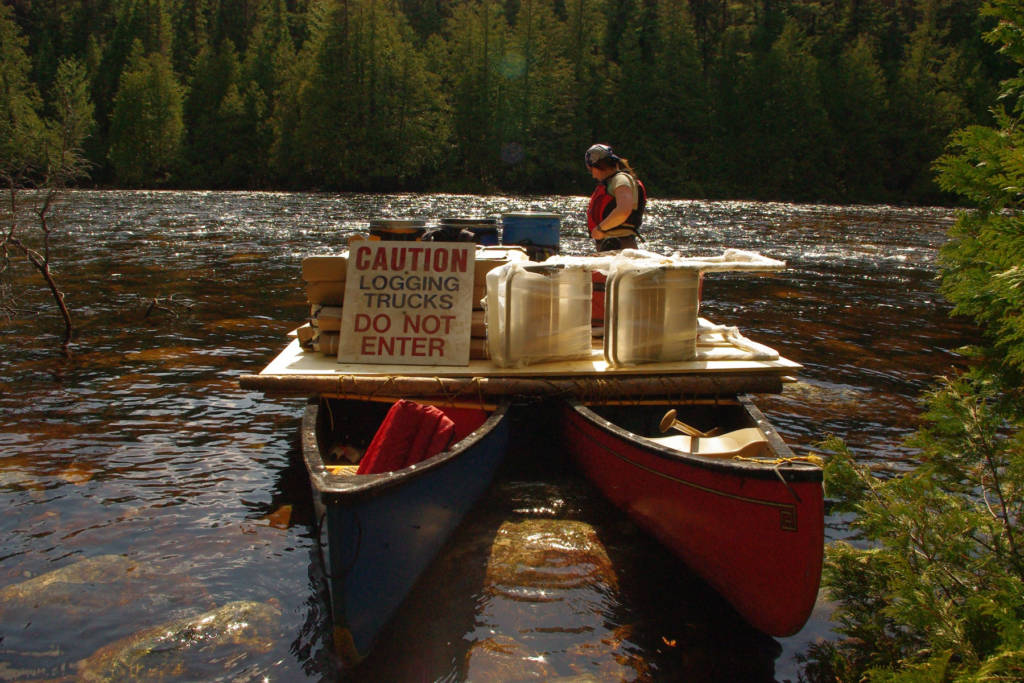 Located on the first falls south of Katherine (Divide) Lake on the Lady Evelyn River (now the Lady Evelyn-Smoothwater Wilderness Park), Cabin Falls is now one of Canada’s most unique wilderness eco-lodge retreats.

Originally built in the early ’30’s with recent upgrades, all materials and supplies have to be flown in from Temagami, paddled down river (through two rapids with canoes lashed together) and portaged twice, sometimes three times! 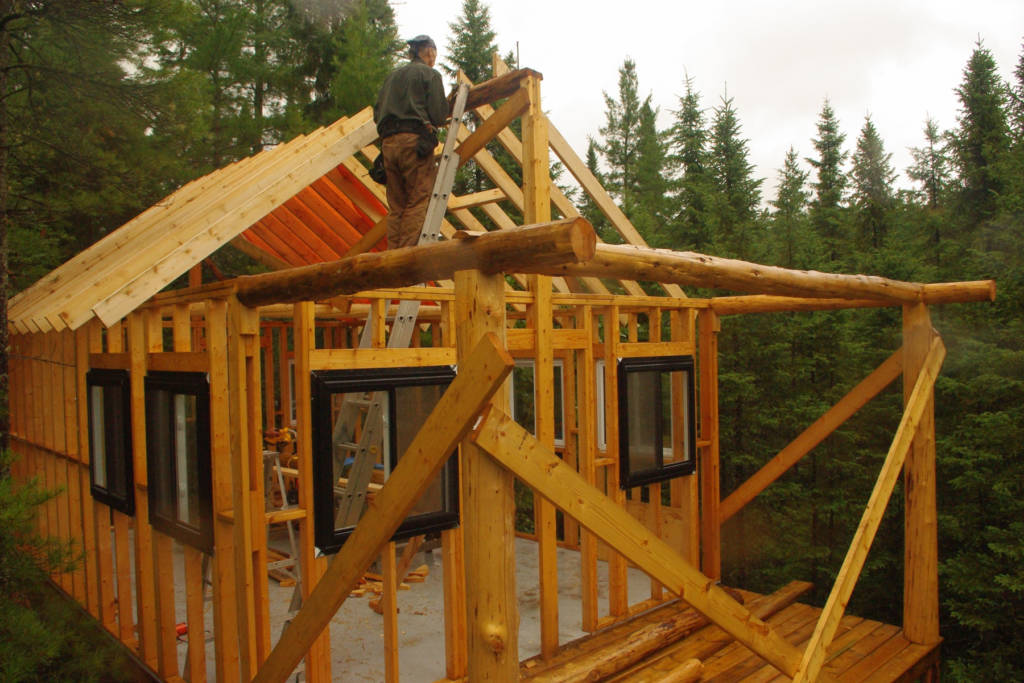 Over 100 Beaver aircraft flights have been made to bring in lumber – milled in Muskoka from sustainable forests or salvaged from construction sites or old buildings being torn down. Almost all work is done by hand – from skinning logs with a draw-knife to paddling in a  propane fridge.

Solar powered since 2000, this eco retreat is soon to have its own hydro-power by way of non-intrusive pelton turbine.

For over twenty years, Hap and Andrea Wilson have been taking client trips up to Cabin Falls Ecolodge, welcoming executive, friend, and family groups, as well as photographers, writers and artists, to a memorable wilderness retreat.