Temagami: What Makes it Special

With more than 3,500 km. of intersecting canoe routes, the Temagami wilderness area has long been known as a canoeists’ mecca and is one of the largest in Canada. Also known as N’daki Menan or “Our Land” to the Teme augama Anishnabe of Lake Temagami, these very canoe routes are known as the “nastawgan” – the oldest known, still intact, aboriginal water trail system in the world, dating back 5,000 years. 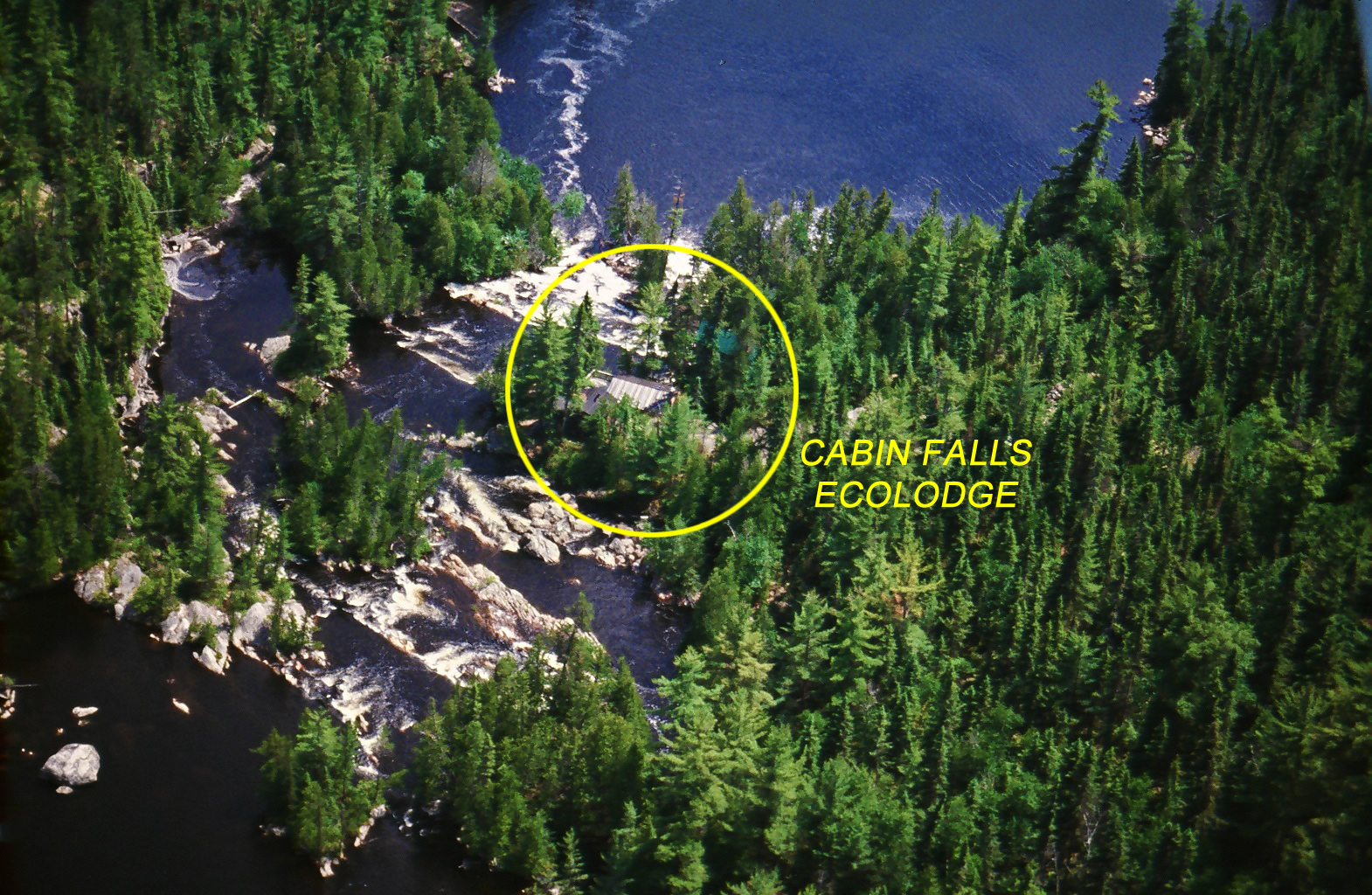 The Temagami region is also an ecological treasure. 50% of North America’s last stands of old-growth pine forest reside there. Aurora trout - the only species of its kind in the world - are found deep in the Wilderness Park, upriver from Cabin Falls. Today, protection of the integrity of the Temagami wilderness has taken center stage as environmentalists continue to push back against government and corporate encroachment.

History, controversy, character are all part of the Temagami mystique. Archie Belaney, better known as Grey Owl – the Indian imposter and one of Canada’s most celebrated conservationists – lived and learned his wilderness skills in Temagami, likely guiding fishermen up the “trout streams” past where the first Cabin would be built. Hollywood has been no stranger to the wiles of Temagami. James Cagney filmed Captain of the Clouds there; Jimmy Stewart was a frequent visitor; even the N.Y.City Rockettes performed at Temagami Lodge on Lake Temagami.

For more on the history and character of the Temagami region, see Hap Wilson's books, "Temagami - A Wilderness Paradise", "Grey Owl and Me", and "The Cabin",  available at hapwilson.com

MAY: The river typically breaks up early May and the lodge opens to guests mid-month.  Water temperature warms quickly from 5C (40F) in mid-May, to 15C (60F) by the end of the month. People usually bring warmer clothing and foul-weather gear at this time of year and wear wet or dry suits while canoeing. Day temperatures can vary from freezing to 25C (80F) degrees – a month of extremes. It’s bug-free until the end of the month. The waterfalls are full and magnificent during the spring rush, the forest is just awakening and it’s easier to spot birds and wildlife. Spring flowers are blooming at this time. 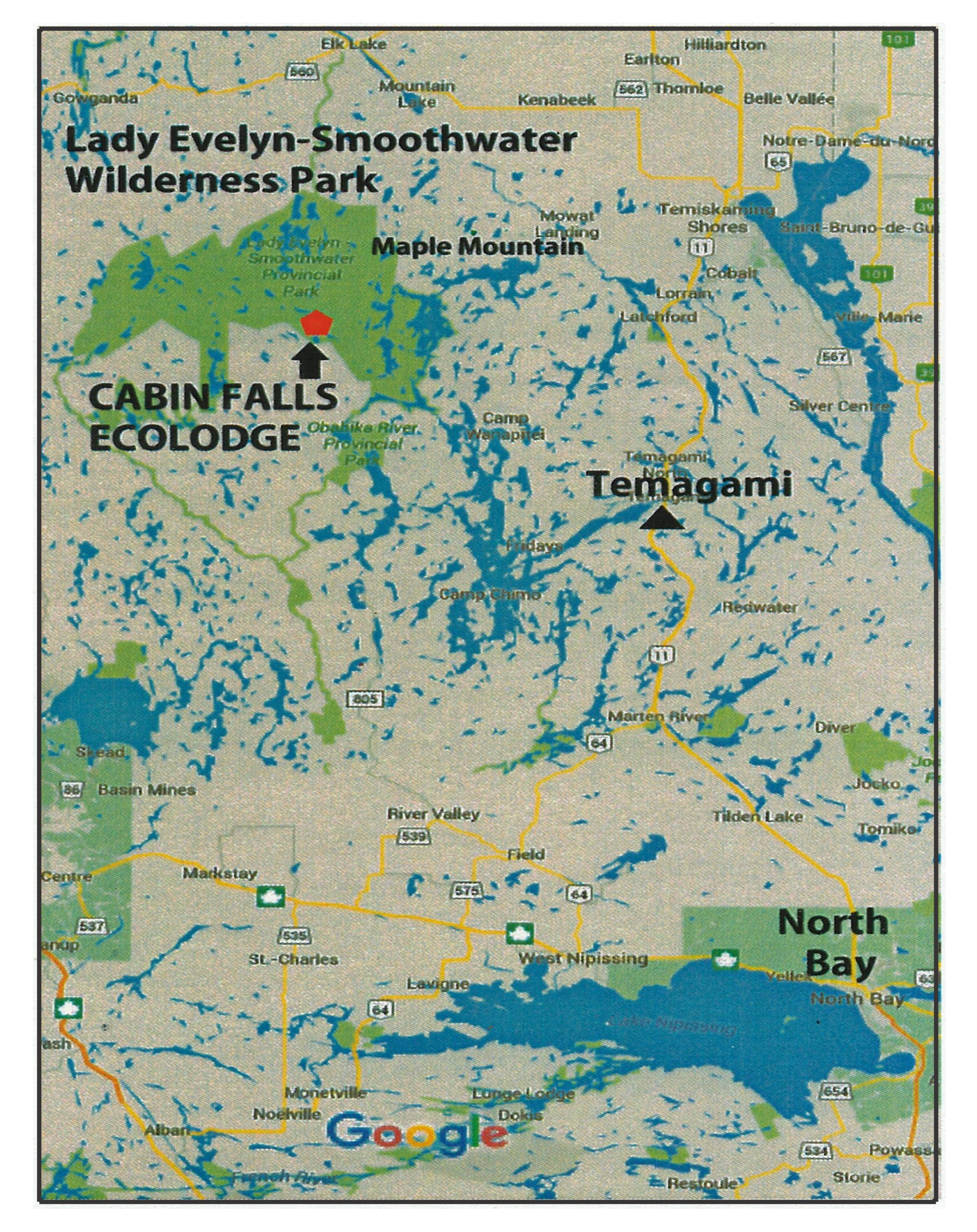 JUNE: We generally run our spring whitewater skills clinic in early June when the water levels are high. For those who like to catch-and-release wild brook trout, the month of June is the best time. The black flies are out but not overly pesky on the river or at the lodge. Water temperatures quickly rise to plus 20C (70F.) and higher. June can be rather hot until the trees are in foliage but very pleasant with cool nights and warm to hot days. Biting insects, although not bad, usually dissipate by mid-July.

JULY & AUGUST: Prime time summer temperatures all around, both water and air, with scattered thunderstorms on occasion. There is always a breeze along the river to keep things cool. Water temperatures can go up to 22-24C (75F.+). Warm nights and hot days throughout.

OCTOBER: Like May, October is a month of extremes. It is also one of our favorite times to be at the lodge. Cool to warm days, frosty nights, cozy fires, spectacular fall photography, and you can still swim (but only after a sauna!). The lodge closes for the season by mid-October.